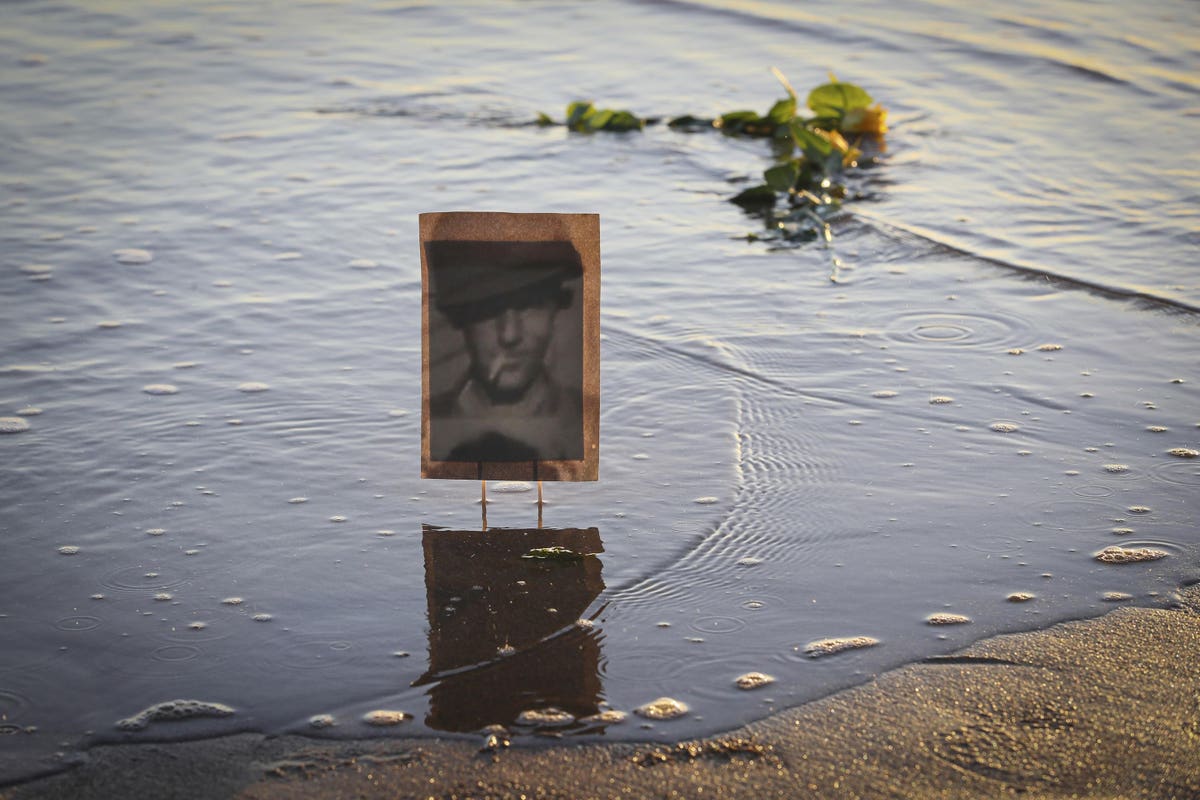 The country remains largely divided politically, a fact clearly evident from commewnts posted on social media. Yet, on Sunday some took time not to debase those on the other side and instead honored the sacrifices made 77 years ago when some 156,000 American, British and Canadian forces landed on five beaches along a 50-mile stretch of the heavily fortified coast of France’s Normandy region.

“D-Day” was the largest amphibious military assault in history, and it opened a second front that led to the eventual defeat and downfall of Nazi Germany. More than 5,000 ships and landing craft were employed to transport troops and supplies, while some 11,000 aircraft were mobilized to provide air cover and support for the invasion.

General Dwight D. Eisenhower, the Supreme Allied Commander, said famously to the troops about to take part, “You are about to embark upon the Great Crusade, toward which we have striven these many months. The eyes of the world are upon you.”

This weekend the eyes of the world were again upon those young men, and across the social media platforms the exploits of the “Greatest Generation” were praised and honored for their part in Operation Overlord.

The posts actually began on Saturday evening, with many highlighting the Allied airborne landings that came in the late hours of June 5, 1944.

Throughout Saturday evening and into Sunday morning Military History Now (@MilHistNow) was among the outlets that posted live #DDay tweets to mark the anniversary of the landings, and that included the now infamous quote from German Field Marshal Erwin Rommel, “For the Allies as well as Germany, it will be the longest day.”

The World Remembers The Longest Day

Even in an era where history is sometimes seen with contempt, the hashtags #DDay, #Normandy, #HistoryMatters, #LongestDay and #GreatestGeneration began to trend on Sunday.

Author Michael Beschloss (@BeschlossDC) shared a photo of Eisenhower chatting with members of the 101st Airborne Division, and offered the somber thoughts, “Knowing how many of them are likely to perish in D-Day invasion of tomorrow 1944, General Eisenhower says goodbye to American paratroopers.”

Rep. Liz Cheney (R-Wyoming) (@RepLizCheney) was among a few U.S. politicians who took the time to mark the day, writing, “77 years later, we honor the heroes of D-Day who landed on the beaches of Normandy to fight for freedom. May we never forget their courage and bravery in the face of evil.”

On Facebook, Sen. John Kennedy (R-Louisana) shared a similar sentiment, “77 years later, we remember the Allied landing on D-Day and the brave souls who stormed the beaches of Normandy in the name of freedom. We honor their sacrifice and treasure our liberty.”

Multiple news outlets and users shared photos and video clips to mark the anniversary, and in the process kept the memory of the Greatest Generation a live nearly eight decades later.

Across the world many social media users also took time to remember why the landings need to be remembered. The UK Defence Journal (@UKDefJournal) was among those who noted that it wasn’t just another day at the beach for the thousands of men who landed at Normandy on June 6, 1944:

“77 Years ago today, over 156,000 allied soldiers undertook the largest seaborne invasion in history in order to begin the liberation of continental Europe, this was known as D-Day.”

The official account for The Royal Family (@RoyalFamily) marked the occasion on social media on Sunday as well, “#OnThisDay in 1944 the Allied invasion of Normandy, known as D-Day, took place. 75 years later, in 2019, Her Majesty The Queen spoke of ‘the heroism, courage and sacrifice of those who lost their lives’ during the campaign that led to the Allied victory.”

Perhaps author Matthew Dowd (@Mattewjdowd) concisely explained the importance of this day best, and he wrote: “Today is the 77th anniversary of D-Day. When protectors of democracy pushed back against autocracy even though the risk was large and terrible losses would be suffered. Let us honor the legacy of those before us and protect democracy today, and do whatever we can to help.”

interested in similar solutions, want to develop your own blog, brand awareness or have a question?

Contact us and create your future with our professionals right now

Speak with our specialist today to get started with on-demand solutions, social media management & more…

Getting online is easy. Succeeding online is a different story. You’ll need more than just a beautiful website to stand out these days. Online marketing solutions. Conversion-based web design coupled with a lead generating marketing plan, your online success is inevitable.

We are a team of consultants, vendors, graphics designers and development professionals who love partnering with good people and businesses to help them achieve online success.

We’re focused on our craft and bringing everything we have to the table for our clients. We create custom, functional graphics, branding & content focused on converting your users into customers.

Why We Do It

Each of us loves what we do and we feel that spirit helps translate into the quality of our work. Working with clients who love their work combines into a fun, wonderful partnership for everyone involved.

Book Appointment With The Expert Now

I Need Help With…